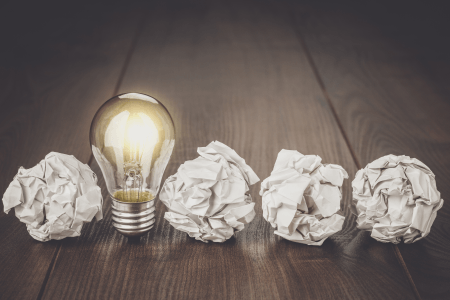 The late Steve Jobs once said that it is innovation that distinguishes between leaders and followers. While there are no prizes for guessing on which side of this dichotomy businesses hope to fall, innovation can be a challenge. While we often think of innovation in terms of research and development, product design or a particularly creative marketing campaign, innovation relating to the internal processes of a business can be just as important for maximising efficiency and staying ahead of the competition. But can sociological theory help to explain why this can be so difficult for businesses to achieve?

Isomorphism is a concept that was developed by DiMaggio and Powell to help explain the tendency for organisations within a similar field to adopt similar behaviours, thus reaching equilibrium and becoming increasingly similar to each other – particularly in terms of internal structure and processes. Enrique Dans, a Professor of Innovation, argues strongly that “isomorphism strangles innovation, original thought, and the development of the kinds of initiatives that can often give business a competitive edge”. But how does isomorphism, this state of conformity and habit, come about? And what can be done to fight against it?

DiMaggio and Powell identified three causes of isomorphism: coercive, normative and mimetic. Coercive isomorphism relates to homogeneity that arises across businesses that are subject to the same regulations or political influence. Normative isomorphism describes the pressure to conform to perceived norms and values in the industry – “this is the way we do things”. Finally, mimetic isomorphism occurs when organisations experiencing a period of uncertainty mimic organisations that are perceived as “successful”, and conformity ensues as a result.

It is important to note that homogeneity brought about by isomorphism is not the same as the homogeneity that results from competitors mimicking new innovations and practices from each other – an example of the latter being the recent widespread rise of Account-Based Marketing in the B2B world, which began as a real innovation but over the past year has become increasingly mainstream. It can be argued, relating back to the earlier quote from Enrique Dans, that isomorphism is what prevents these new and innovate ideas from arising in businesses in the first instance.

What can be done to resist this and continue on a path of innovation? While coercive isomorphism has a certain inevitability, as firms should not be encouraged to break rules and regulations and will thus experience a certain degree of homogeneity there, normative and mimetic isomorphism may be easier to resist by questioning and challenging industry norms and making bold decisions in response to uncertainty.

In his essay responding to DiMaggio and Powell, Koushik Dutta suggested that decision makers wanting to develop “non-isomorphic action” should exhibit three characteristics. The first of these, systems thinking, is something that should be familiar to market researchers! It is the ability to identify patterns, relationships and trends – often in areas of complexity. The second, moral agency – the adoption of standards of right or wrong – we hope would also be familiar. The third desirable characteristic to drive innovation and resist isomorphic conformity is self-efficacy – the belief an individual or team has in their ability to successfully execute innovative ideas, which are often seen as risky purely because they have never been done before.

Like any sociological theory, isomorphism is open for debate. However, it can be seen as a useful framework to understand why we sometimes stall with innovation. This understanding can in turn empower decision makers to be mindful of and fight against the pressures of conformity that want to make us all followers.

Learn how our research helps companies to innovate successfully >