It’s not often I get to combine two passions of mine; business strategies and nature programmes narrated by David Attenborough. But with blue ocean strategy and Ecuadorian hummingbirds I can do exactly that. 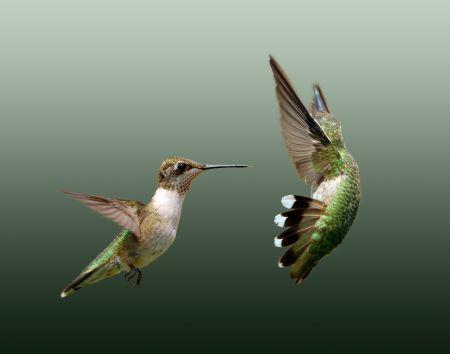 What is blue ocean strategy?

Brought to life by INSEAD professors W. Chan Kim and Renée Mauborgne, blue ocean strategy is a product development business model that kickstarts creativity and innovation. It challenges the way business is conducted and makes an argument for true differentiation into new spaces that are unoccupied by other companies. Thus, creating and sustaining an effective competitive advantage often whilst also decreasing operating costs.

There is a limit to the wealth a market can yield, which is ultimately split between the organisations that serve said market.

In known and saturated markets, organisations fight head-on for a greater share by focusing on market-competing strategies. Often this is at the detriment of any differentiating factors as competitor’s over-index on achieving cost leadership. The term ‘red ocean’ was coined to describe this cut-throat competition.

Blue oceans on the other hand represent the unknown marketplace. Instead of focusing on beating the competition, blue ocean companies focus on making the competition irrelevant by differentiating products to create a leap in value for itself and for its customers. Doing so opens new and uncontested marketplaces.

Value innovation is the key word to describe this phenomenon, as this places equal weight on value and innovation. Whereas the more widely used term of value creation is something that solely aims to improve value but this is not enough to differentiate organisations in the marketplace.

Hang on, where are the hummingbirds?

The Ecuadorian part of the Amazonian rainforest is home to over 132 species of hummingbirds, representing almost half of all hummingbirds worldwide. In what should be paradise, a battle is taking place.

Chaos ensues as 131 species with similar sized bills fight for the same food source. However, amidst this ruthless competitive environment there is only one species of hummingbird that has found their blue ocean. The aptly named sword-billed hummingbird has evolved a beak that is twice as large as the other species (and the only bird in existence that has a beak longer than its body!), meaning that it can feed on nectar within deeper flowers that other the hummingbirds are unable to reach. 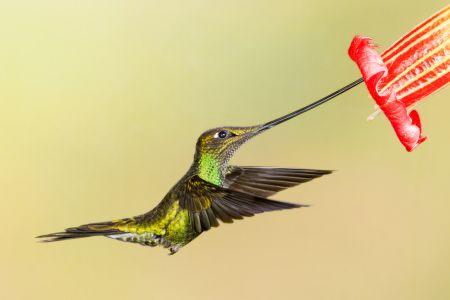 Bringing this example back to a business context. If the market is the depth of the flower, the organisations are the hummingbirds and the product is the size of the beak. The Sword-billed Hummingbirds have created their own blue ocean by evolving a beak (product development) longer than its competitors (other hummingbirds).

The other 131 species may have evolved value creating strategies such as being faster and stronger than the others ensuring it can beat the competition to or away from its food source. But compared to the Sword-billed Hummingbird it hasn’t focused on value innovation to create its own market, and in this case an uncontested food source.

In sum, the Sword-bill is sat atop peach with a full belly chuckling contently to itself while it watches the others duke it out.

So, what does this mean?

This strategy highlights the importance of creating value through differentiation and not just creating profit through cost reduction. Competing in areas that are heavily contested require a lot of effort for little, and diminishing, gains. Alternatively, new areas and white spaces should be explored to sustain a more effective competitive advantage.

How can I use blue ocean strategy?

There are 4 simple yet effect product development questions an organisation should ask itself to start its search for a blue ocean: