Fake News – a Problem for Researchers 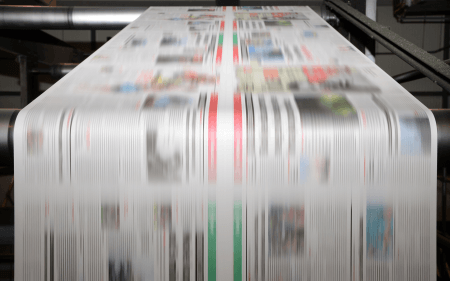 We market researchers are in the business of discovering facts. We assess markets, determine people’s attitudes, and figure out what proportion think this and that. We have no axe to grind. Our aim is to uncover the truth.

The thing is, the truth is not always obvious nowadays. There is much talk about fake news. This isn’t new. In the early 1950s, scientists found solid evidence of a link between smoking and cancer. However, the cigarette companies, in an attempt to head off the facts, successfully launched PR campaigns which promoted other facts that created doubt about the causal relationship.

It is not unusual to see this problem when presenting findings. There are sure to be the odd disbelievers in an audience listening to the research findings. Those who feel threatened by the results have their cunning ways of undermining the facts.

The first and obvious thing they do is question the integrity of the data. “The sample was too small”. “You interviewed the wrong people”. The researchers must stand their ground and be confident in convincing any sceptics in the audience that the research method was robust.

Secondly, they come up with their own facts. These may be “fake facts” and it is sometimes difficult to know. Arguing that you are right and they are wrong will probably not win the day. It is best to listen, acknowledge and move on, returning to the refuted fact at a later stage when things have settled down.

Then there are the people who use a single anecdote to dispute the facts. It is surprising how convincing a story is about one person that contradicts the results from hundreds. Simple stories are easier to understand and complex data can be boring. It is a reminder that we should keep our own stories simple.

Finally, people see the facts through a lens – their lens. Two people looking at the same data can arrive at different conclusions if they have different biases. It is worth trying to know where each person in the room is coming from (assuming it is a small audience) and hope that any strong biases aren’t hobby horses of a heavyweight – such as “the Boss”.

This looks like a depressing picture. We’ve entered an era of disbelief and it is emboldening the fact haters. Facts rarely can stand up for themselves. They need a champion to bring them to life and give them credibility. That is our role. Hans Rosling, whose obituary we wrote a couple weeks ago, was a master in presenting facts. In his footsteps we should follow.