A funny thing happened to one of our researchers on route from Manchester to our office in New York the other day. He was flying with United and had a seat towards the back of the plane. Halfway through the eight-hour flight he decided to have a nap. United kindly provide economy passengers with a pillow which he propped against the window blind. He snoozed for a few minutes before being awakened by a strange smell. At first he thought they were burning the American cookies that they sometimes bring around mid-flight. However, this smell was more pungent – it was burning rubber. Dazed from his sleep, it occurred to him that his ear and his head were very hot.

He quickly came around and realised that the burning smell was his pillow. Propped against the window blind it was receiving a full dose of the sun’s electromagnetic waves and was melting at a very rapid pace. He pulled the molten pillow off the blind causing some small consternation to his neighbouring passengers. The window blind was left with a nasty scar where the molten rubber had peeled off. 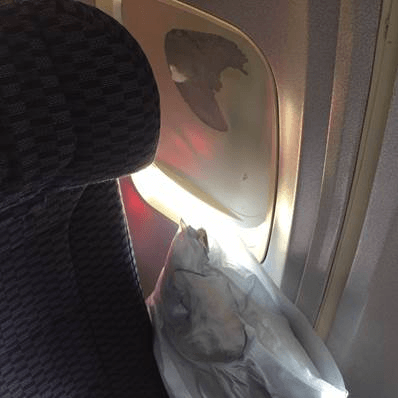 Now the purpose of this story is not to worry you about the potential flammability of airline pillows, it is to talk about a research technique which we do not hear discussed much now-a-days. Our researcher looked at the strange shape of the pillow that had been peeled off the window blind and could see at least three different images. Was it a bird in flight? Was it Batman? Was it the Angel Of Death? 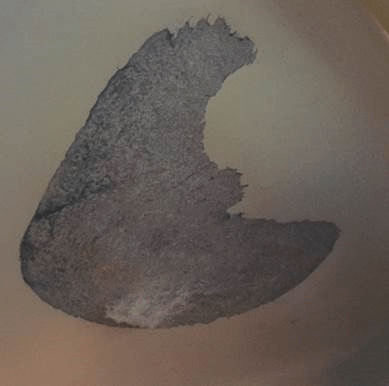 It didn’t really matter. He had a damascene moment. He was reminded of a technique invented in the 1920s by the Swiss psychologist, Rorschach. Rorschach found that he could unlock the minds of his patients by getting them to interpret a splash of ink on a piece of paper. To be precise he printed 10 ink blots on white cards and the individual looking at them was assessed according to whether they saw something that was human, animal, abstract, clothing, fire and so on. He had 27 established codes for identifying the description of one of his blots. On the basis of these answers he believed he could understand the motivations and variables in someone’s personality. (The inkblot below is the fourth of 10 cards in the Rorschach test).

We don’t want to get into the whys and wherefores of what became a very popular psychoanalytical tool. Rather, to say that it inspired an idea for kicking off a focus group with American tradesman which our researcher was running the next day. At the beginning of the focus group the participants were given a piece of card and a small tube of paint and they created their own ink blots by squeezing some paint on the card, folding it into two and then opening it out again. Each member of the group was then asked to say how their “inkblot” reminded them of the stresses and strains of using tools in their everyday workplace. Not only did this unlock interesting comments, it relaxed the group and led to a highly creative focus group discussion. Thank you Rorschach , and thank you United for the inspiration.