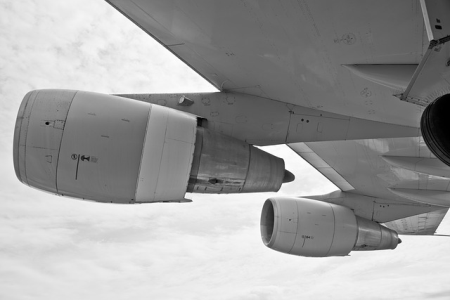 An interesting article caught our attention recently. It was about the supply chain in the aerospace industry. The boom in orders for aircraft throughout the world has led to a potential shortage of components. This is no surprise. Back in the late 1990s and through to around 2007, the aerospace industry was held up by a shortage of rivets. These small components that hold the airframe together account for less than 3% of the materials used. However, the aerospace industry had failed to work with its suppliers to ensure that they had sufficient capacity to meet their growing demands at the time.

The industry appears to have learned very little. Aircraft manufacturers still depend on a myriad of component suppliers but, like all big and powerful organisations, they impose their requirements on their vendors. They say that if suppliers want their business they must toe the line. They must invest in more capacity, provide stock when needed, and accept a price cut of 15% at each stage of the aircraft programme. And, if the aircraft manufacturer chooses to delay payment for the next month or so, the supplier must accept it.

This is not news to us and it isn’t a trait unique to the aerospace industry. It seems that nearly all corporate’s send their procurement teams on the same training courses. We say this because they all now seem to act in tandem. Payment of suppliers in 30 days is now highly unusual. 90 days and even 120 days payment of invoices is becoming the norm – take it or leave it. Suppliers aren’t regarded as partners in developing products and markets but are treated and referred to as “vendors”.

This rigid and even bullying attitude can pervade an organization. We have recently completed a customer loyalty survey for a multinational that produces excellent products but is regarded by its customers as a difficult company to deal with. When faced with these findings the company was unable to digest them. “What do you mean we are not easy to deal with?”. “What do you mean our customers think we are bureaucratic and dictatorial?”. “What do you mean that our customers say that we are not flexible?”. The company had grown so big and so powerful it could not see the world through anybody’s eyes other than its own. Not surprisingly, it is losing market share. Mid-size companies and more flexible companies are taking its business away.

Large companies have a powerful and important role to play in the supply chain. If they don’t look after their suppliers, they will put their production at risk. If they treat their customers with the same disdain, they will deservedly lose market share.