Are You Paying Your Employees Too Much? – Money Can’t Buy Employee Engagement! 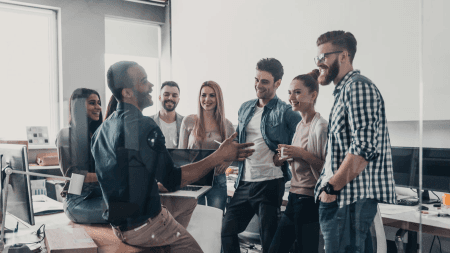 In his book Predictability Irrational, behavioural economist Dan Ariely introduces the idea that we live in two worlds; one governed by social norms and the other governed by market norms. Social norms are the beliefs and behaviours among friends that do not require instant pay backs. For example, we might give a friend a lift without expecting any payment, just the knowledge that they would return the favour if you needed. Market norms, however, are entirely transactional and all actions require immediate paybacks. For example, we get a lift from a taxi driver and although we never have to return the favour, we know they expect to be paid there and then.

In an experiment used to demonstrate how social norms differ from market norms, Ariely set up a computer-based task where participants were required to drag as many circles as they could into a box within a given time frame. The participants were divided into 3 groups;

Unsurprisingly, productivity rose as pay did – group 1 outperformed group 2. What Ariely thought was highly interesting however was that group 3, the group of volunteers, outperformed everyone. These volunteers were motivated by the notion of helping someone and satisfying social norms. No one is denying that money is an effective motivator, however, the important finding here is the suggestion that social norms are equally, if not even better able to drive motivation and productivity.

Social scientist Dan Pink has also focused on exploring whether it’s money or something else that motivates productivity. During his TED talk The puzzle of motivation, Pink introduced ‘The Candle Problem’ – participants are faced with the challenge of attaching a candle to a wall with some matches and a box of pins to ensure the wax doesn’t drip onto the table below. The solution involves emptying the box of pins and pinning the box to the wall, creating a ledge for the candle. 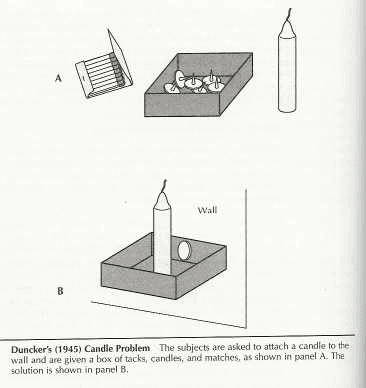 In an experiment using this task, Psychologist Sam Glucksberg split participants into 2 groups;

Interestingly, group 1 were 3 minutes slower at completing the task than group 2, highlighting again that money is not always behind productivity. The opposite finding was reported however when the pins were presented to the participants outside of their box, making the solution to the task fairly obvious. From these results, Pink made the assumption that money motivates tasks with a clear set of rules and a simple solution. When it comes to more complex tasks requiring creative problem solving however, individuals are motivated by the desire to satisfy social norms.

This idea is particularly relevant as the working world is changing! Historically, the majority of the workforce were carrying out manual labour and therefore were market-driven. They would put in their hours and receive their pay check- a clear ‘market contract’. In the 21st century however, job roles have become increasingly diverse and some require more creative problem solving. Organisations have provided their employees with work-phones / laptops and so, we have witnessed the gap between work and home-life becoming more and more blurred. This has provided employers with the opportunity to establish ‘social contracts’ with their staff.

B2B International has conducted a plethora of employee engagement research. Across all of these – employees categorised as dissatisfied express feeling un-motivated and undervalued. This contrasts with the employees categorised as satisfied who talk about feeling empowered and valued. Dissatisfied employees also emphasise being “here for the money” and talk more about their pay than those who are categorised as satisfied. Organisations who fail to nurture the ‘social contracts’ they have with their employees by simply recognising and valuing them often consist of individuals who focus solely on their salary and in doing so, only produce what they think their salary is worth.

The productivity of an organisation depends on its employee’s talent and willingness to work beyond their ‘market contract’. A police officer doesn’t risk their life for the pay cheque they receive at the end of the month- they do so because of the social norms associated with protecting society and helping its citizens. Organisations must therefore do a better job of cultivating social norms in the workplace. The motivation Individuals feel when they are appreciated and valued goes beyond what they consider their salary to be worth and that’s what money can’t buy.