You Look Angry. Are You? 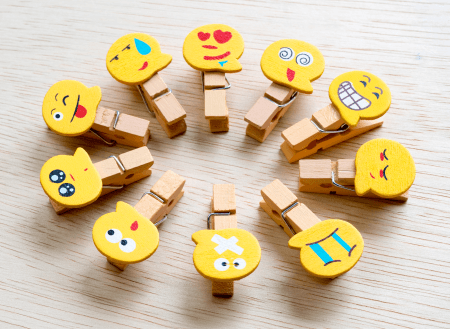 In most of the surveys we carry out we include questions that measure satisfaction. This is not surprising. Knowing how satisfied customers are with their suppliers and on different factors enables companies to make improvements. Until now we have had to rely on words and numbers to measure satisfaction. Typically we say to someone, “How satisfied are you with company X on a scale from 1 to 10 where 1 means not at all satisfied and 10 means completely satisfied?”. This manner of asking questions has served us well since customer satisfaction surveys became popular thirty years ago.

However, things could change. Scientists have tested the use of photographs of people’s faces after being asked a question. Each photograph is accompanied by a list of emotional words (satisfied, dissatisfied, frustrated etc) and people are asked to pick the word that best matches the face. Westerners choose the expected word about 85% of the time. This means that in theory we don’t need a respondent to answer the question, we just need to pose the question and read the expression on their face to know how they are feeling. A robot could do that!

But wait. Apparently, if you remove the list of emotional words and let the respondent apply their own description to the facial expression, the expected emotion is selected in less than 50% of occasions.

It appears that in the tests that enjoyed the high correlation between photos and words, the words that were on offer provided an unconscious bias which leads to certain ones being selected. If we do not provide a context in the form of words, a smile may be read by some people as a grimace; a knitted brow may mean to some people they are angry while to others it may simply mean they are thinking. A shake of the head in some cultures means yes and in others it means no.

We have discussed a few times in our blog the automation of our craft. There are many examples. Online surveys have taken over interviews that used to be carried out on the telephone. Reports on tracking studies are prepared by the press of a button. Questionnaires can be developed in a blink using automated software. Specialised software is used to code open ended responses and algorithms carry out quality checks. Will the analysis of emotions be one of the last bastions requiring human skill? Automation will be used one day but words and scales will be with us for quite a few years to come.

Anyone interested in this subject may enjoy a book just out, by Lisa Barrett (2017) How Emotions Are Made: The Secret Life of the Brain, published by Houghton Mifflin Harcourt, New York