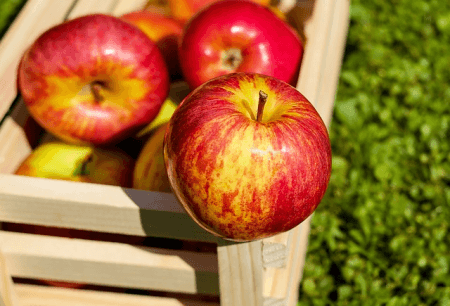 The Daily Mail ran an article last week saying that an apple a day really does keep the doctor away. It went on to say that this small addition to your diet could slash the risk of early death by 35%. Researchers at the University of Western Australia tracked pensioners aged between 70 and 85 for 15 years. Each of the 1500 participants completed a food frequency questionnaire to help the researchers understand how apples affected their mortality.

There is something about apples. The famous company of that name is an icon of health. It is this that we want to talk about. Apple, the company, has achieved this health, not by being a product innovator. It wasn’t the inventor of MP3 files or touchscreens, however it did work out how to make them easy to use. It perfected products others had invented. Its computers have only 7.4% of the worldwide PC market. It has attempted to diversify with the iWatch but that simply hasn’t taken off. It accounts for less than 4% of revenue. The iPhone generates two thirds of Apple’s sales. It is almost a one product company.

So why is Apple admired so much and why is it in such good health. The answer is it knows the importance of maintaining its margins. Indeed, it is prepared to sacrifice growth to keep prices high. It has done so by fanatically building and polishing its brand.

This is a lesson that all companies should learn. A company’s brand is its biggest strength. It is how Coca-Cola has dominated its market and maintained its margins for over 100 years despite selling black, sickly sweet sugar water.

The Apple brand won’t necessarily ensure that the company is here in 100 years. However, it has provided it with a loyal customer base that will give it the benefit of the doubt when it launches new products. And it has customers that will pay a premium for them. This obsession with margins has provided Apple with a war chest of $200 billion that will go far in working out where to go from here.

A company’s brand accounts for up to half of the buying decision in B2B markets. Like an apple a day, it is this brand that keeps you in good health. Make sure you look after yourself.