The Trump Victory Begs a Couple of Questions for Market Researchers 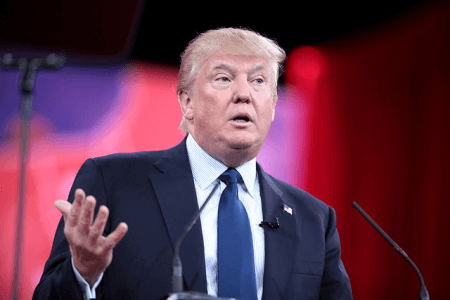 The first question relates to the accuracy of market research in predicting events. Throughout the US presidential campaign most opinion polls predicted that Clinton would win, albeit by a small margin. Even the exit poll indicated a Clinton victory. So what went wrong? Does it mean that market research is a blunt or inaccurate tool when it comes to predictions?

We have to think about what the polls were trying to tell us. They were not measuring past behavior, they were seeking to determine future behavior. They were trying to answer the hypothetical question “which way will you vote?”. Hypothetical questions are by far the most difficult to answer because human beings can be whimsical in nature. Have you noticed how in a restaurant you can ask someone what they are going to order for dinner and when the waiter arrives they say something completely different. Market research can only be an indicator of future intentions, it will never be perfect. In fact, the market research polls gave us a very good indication of how close the election would be. In such an uncertain environment, we have to be realistic and accept that it could go either way – which it did!

The second question worth discussing is “what does this mean for the market research industry in the USA?”. The answer to this question depends very much on what will happen to the economy in the US under new leadership. Here we have no survey data to go on, but we have some clues from what Donald Trump said on the political stump. We heard clear messages about making America great again. One of the planks of this strategy was a promise of significant investment in infrastructure and creating a positive environment for American businesses. Of course, investment requires funding. Government revenues come from tax which the new president has promised to reduce. We have to keep our fingers crossed that the growth in economic activity and the resultant taxes (albeit promised to be lower) will be sufficient to cover the investments. The cost of borrowing is cheap at the moment so it is quite possible that the government will increase its debt. We can imagine that the new president will be offered lots of advice as to what the implications of this could be if it is overdone.

As an international market research company we are often asked to research opportunities overseas. This causes us to reflect on future attitudes to business internationalism. Will American businesses continue to seek expansion overseas or will there be a greater focus on the domestic market? Will political isolationism mean economic isolationism?

The role of market research is to reduce business risk – to take away uncertainty. Whichever candidate won the election would have brought some uncertainty. On balance we think the result for the market research industry will be neutral – but time will tell. We will report again in 12 months’ time.