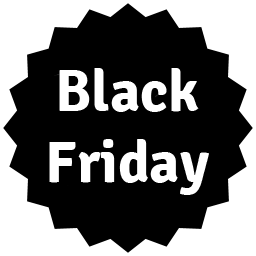 Black Friday is a notorious day in the American calendar which follows Thanksgiving holiday, and has recently been adopted by the UK. During this day retailers ‘slash’ prices to lure the public into spending a lot of money to get a ‘good deal’. It is the busiest shopping day of the year; last year American consumers spent a total of $58.6 billion on and offline. However, it comes at a price. Each year there are reports of assaults and stampedes as people forcefully try to get their hands on the limited discounted stock, leading to some being hospitalised, arrested or even killed. The UK followed suit this year, with reports of chaos in numerous stores across the country.

Amongst this chaos of Black Friday, there are some interesting examples of behavioural economics at play, that we thought it worth looking at. Behavioural economics is the idea that people do not always make decisions and act in a rational and logical way; in fact we often resort to acting in an automatic and subconscious way, responding to our emotional self. In terms of Black Friday, many consumers did just that – they acted in ways they would not necessarily do, with behaviour fabricated and encouraged by external influencers such as the media. By using Black Friday as an example, key thinking of behavioural economics can be explained, such as framing, social construction, anchoring and the sunk cost fallacy.

Framing is the social construction of a social phenomenon. Within the UK this year, the media and retailers have worked up hype around ‘Black Friday’, an event which is arguably a glorified sale. The perceptions of this event are heightened, as consumers associate it with extreme price cuts, outweighing the time and effort involved. Black Friday plays on anchoring, as it limits quantity of stock (only x amount left at this price) and time (one day only), which raises the perceptive value of consumer goods. If it is looked at objectively, the event is simply a standard seasonal sale, an event which happens fairly often in a retailer’s calendar.

Social constructions indicate what the appropriate or expected behaviour within a group is. In this case we saw how the Americans were scrabbling for the last Xbox One, and we did the same. As we see people become increasingly aggressive over their rights to a widescreen TV, that behaviour appears the norm and we find ourselves acting the same. It brings out the illogical ‘dog in the manger’ mentality; we do not have any need or use for an item, but at the same time do not want anyone else to have it, so we buy it anyway.

Black Friday also demonstrates sunk cost fallacy, in which people continue an endeavour due to having previously invested resources in it. A lot of people may have been queuing since 6pm Thursday evening, and even then sometimes miss out on the product they had been waiting for. So rather than leave empty handed, they end up buying something they don’t necessarily need (since they invested so much queuing time).

All in all this socially constructs a consumer to spend more than they would normally and demonstrate behaviours which seem completely irrational. If it had been called a ‘pre-Christmas sale’, would it have had the same effect?

To learn more about behavioural economics and its role in b2b decision making, follow the link below.

The Impact of Behavioural Economics on Market Research >