The 2016 Republican Debate: A Study In Focus Group Personalities 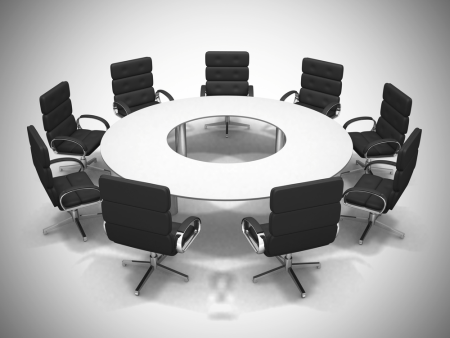 As a market researcher with an interest in politics and in need of a Thursday evening pick-me-up, I tuned in to Fox News last night for the first debate among 2016 GOP Presidential candidates. My thirst was thoroughly quenched by a cocktail of content, cringe and crazy, garnished with a laughable soundbite or two (“the military is not a social experiment; it’s there to kill people and break things”).

The unexpected chaser served to me however, was the range of personalities standing in a half-moon shape on stage. I found myself relating the candidates to the characters so often seen in focus groups that I have observed and moderated.

Introduced below are six focus group personalities – brought to life through the GOP hopefuls – and tips on how to deal with such personalities in a research setting.

The most dominant personality in the debate, Trump used every opportunity to provide his opinions and stroke his ego. In his view, the debate was created entirely for him. In all honesty, he was probably right. Trump had more speaking time (11 minutes) and words spoken (1,986) than any other candidate, by some distance.
Most focus groups will have a dominant personality, even if one rises to the surface due only to a slow start from the group at large. Superstars can be excellent participants, delivering well-articulated insights and prompting discussion from others. But all too often, they are more style than substance, and their presence can bias the group and discourage others from speaking up.

Moderators should verbally applaud the relevant insights provided by Superstars, but keep them under control and be able to sort the wheat from the chaff. At times, it may be necessary to ask the group if anyone agrees, disagrees or has anything to add, as a way of deflecting from the Superstar and preventing the group from becoming a one-person show.

Though garnering less stage time than Trump, Bush (or Jeb, as he insists he is addressed in Florida) slotted in right behind in second place. Viewers most likely understated the amount of speaking time Bush had during the debate because he was more reserved in tone than other candidates. Much of what he said made sense, but he won’t be earning any Benjamins from soundbite royalties.

Focus group participants of this ilk will come to the table prepared and enthusiastic, but the former will show much more than the latter. Brains, like Superstars, are intriguing and can be valuable to the moderator and client. The challenge is that they are often more substance than style, meaning that their insights can be lost among a haze of nervousness and introversion, and a lack of panache.

Moderators should encourage Brains to participate, but be careful that the momentum of the group is not lost to rambling, technical monologues. Watch out for over-consultation of notes and materials that Brains may have brought with them; the best insights are organic. Following the group, remind the client of the relevant points made by these participants, as they may not have picked up on them due to the tedium of the response.

Involved in the most heated exchange of the evening over NSA wiretapping, Paul and Christie were fiery and passionate. It seemed as though Christie had arrived with a chip on his (substantial) shoulder (perhaps due to him being given the end podium), while at times, Rand Paul appeared to be teetering on the edge of maniacal rage. Their spat made them more memorable than others, despite ranking last (Paul) and third-last (Christie) in terms of speaking time.

Bulldogs love to get under the skin of other focus group participants and to rock the boat throughout. They are abrasive and contrarian, and may sour the atmosphere in the room, depending on the personalities at whom their confrontations are aimed. Moderators beware: they may also turn on you as prey if the pickings among the group are slim.

Moderators should identify Bulldogs as quickly as possible during the group (or recruitment if possible) and be prepared to take action if their disruptive behavior continues or worsens. Avoid removing the Bulldog from the group as the first course of action; moderators may be able to suppress the issue by temporarily sidelining the respondent or directing questions at others. Remember that disagreement is a good thing in a focus group, as long as it’s communicated fairly and calmly.

Ohio Governor Kasich must have thought all his Christmases had come at once when it was announced that the debate would be held not only in his Buckeye State, but at the home of the beloved and fanatically supported Cleveland Cavaliers basketball team. The partisan atmosphere created as a result had Kasich beaming from ear to ear – he sought to play to the crowd at every opportunity.

While it’s unlikely that a focus group participant could consider a specific venue to deliver “home-field advantage”, Performers are all too aware of who sits behind the two-way mirror. Their insights and actions are directed at the audience and may be influenced as such. They may say what the client wants to hear, rather than what they actually think.

Moderators should divert attention from the invisible audience and direct Performers to address the other participants. They may lose interest without being given a stage, so give Performers the plaudits they crave when such plaudits are deserved. If the participant starts to ask more questions than answer (“Whose product is this? It’s Brand X, isn’t it?”), turn the question back on them (“Whose product do you think it is? If it were Brand X, how would that affect your perceptions?”).

Viewers could be forgiven for thinking that Huckabee was sitting in the bleachers prior to the latter stages of the debate, as he spoke only twice in the first 80 minutes. His last-ditch efforts to involve himself were too little; too late. While his quiet, generally agreeable contributions will not have caused any major damage to his campaign, he was kept firmly in the shadows by the more dominant candidates.

The most introverted group members, Wallflowers are quiet, agreeable and can be subservient. It may be difficult to elicit more than a handful of words from these participants at a time. Wallflowers are easy targets for Bullldogs and could have their confidence shot by a disparaging comment early on, which will silence them for the remainder of the group. They could be discouraged from speaking due to feeling inferior to Brains and Superstars.

Moderators should state at the beginning of the group that there is no right or wrong answer – all opinions are valid and valuable. Direct questions at these individuals to draw them into discussion, but do so in a soft manner. Look out for the nuggets of insight which Wallflowers may offer after extended periods of quiet consideration: these are often the comments over which clients and analysts drool.

It was clear from the beginning that in political terms, Dr. Carson was the least qualified and confident of all the candidates. Despite his efforts, his academic and literary accolades failed to convince many that he qualified for a seat at the table. Carson’s strongest moment was his scripted and stage-managed closing argument.

Not all focus groups have a Faker, but those which do can suffer if the participant is also dominant or disruptive. They may have lied during recruitment in order to qualify, or overstated their responsibility and knowledge in relation to the subject matter. At best, Fakers will feel out of their depth and become agreeable without offering new insight to the group. At worst, they may overcompensate and provide damaging and/or unreliable comments.

Moderators should keep an eye out for potential Fakers: introductions are a good opportunity to isolate participants and gauge their relevance to the study. If the group is over-recruited (as is best practice), the client and moderators should be able to remove less qualified participants before the group itself. If the Faker is passive, keep them detached from discussion and discard any insights during analysis. If the Faker becomes too involved and leads from the front, consider removing them without incident (informing them of a phone call at reception is usually effective).

Not only was the debate a study in focus group personalities; it was a study in the all-too-common failures of researchers to design and moderate focus groups. That’s not to completely disparage the efforts of the three Fox News commentators: this was of course not a focus group, and the moderators did an excellent job in posing critical, oft-awkward questions of the candidates. However, the inability to turn the event into an actual debate, and to control the personalities at play, was their primary shortcoming: Megyn Kelly squirming at Donald Trump’s brash comments on women. Chris Wallace struggling to contain Rand Paul’s booming voice and rhetoric. Bret Baier content with simple, linear Q&A.

An effective moderator is one who leaves the discussion to the participants, while keeping control at all times. Like nineteenth century children, they are seen and not heard (at least, for the most part). One of the problems faced by the moderators at the GOP debate was the format. While successful focus groups center on interactions between the participants, the “debate” was a series of 10-minute IDIs, with little crossover between candidates. In addition, having ten candidates on stage presented the Fox triumvirate with a mountain to climb: too many cooks in the kitchen; too little time. Result: broth spoiled. I always advise clients that a focus group with more than eight participants is extremely difficult to control, and doesn’t provide enough opportunity for each individual to contribute.

It remains to be seen which personality from the first Republican Presidential “Focus Group” qualifies for the next stage of research: twelve rounds with Hillary Clinton (who by the way is part-Superstar; part-Bulldog). Moderators: you might want to get behind the two-way mirror for that one.